At Liberty and Bridleless

Saturday afternoon, after all the chores were done, we didn't really feel like riding. I took Jessie out back and we played a bit at liberty. She is getting so much better at this. I set up a couple of obstacles: a back up lane, a twelve-inch jump, and a tarp. Then I asked her to go through the obstacles at liberty. She did the back up nicely. She had no problems with the tarp and the jump was a breeze.

Then I saddled her up and we warmed up for a few minutes. I then took the snaffle out and tried to control her with my legs. This was tough. She is very gate-bound. Even though the steering was real strong, we did manage to trot through the obstacles and even lope bridleless. I put the snaffle back in and then repeated the exercises before ending the session.

Sunday we trailered out to the river. It's about a 90 minute ride out to Ethel's Cafe where we had a sandwich and a beer. There are a couple of bridges over the river and Jessie would follow Dusty with no problems. When I asked her to take the lead over the bridge, she balked. We did some rollbacks at the entry, I even got off and did some sending exercises to the bridge and away. After about twenty minutes I got her to take a few steps on the bridge and then I had Dusty come by and lead us the rest of the way. I was running out of things to do. At the next bridge there was a much bigger opening, although the bridge itself made more noise (there was a fall underneath it). When she balked here, I was able to do loping circles with rollbacks at the entrance. After about ten minutes of this she walked up on the bridge, but she didn't cross it all by herself. Even though we weren't completely successful, we did make a little progress. I think if we had been out there all by our self, she would have gone over. I think she has some herd bound issues.

Anyway we had nice ride along the river. I tried to upload pictures from my phone but neither facebook or twitter would cooperate.
Posted by John Harrer at 8/02/2010 10:57:00 AM No comments: Links to this post

Saturday our local museum was having a celebration of the cowboy. The museum is about two blocks from our store and, since I had to stop by and do a few things there in the morning, I stopped by the museum to check out the doings.

There was square dancing, a couple of book authors discussing their books, lots of cowboy art, and pony rides! There was also a display of Visalia Saddles and bits. 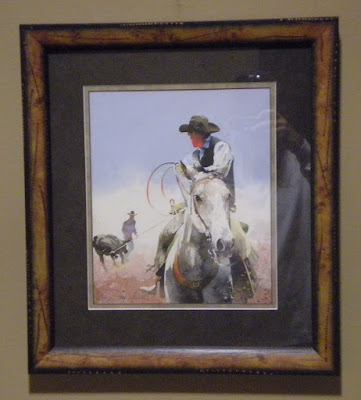 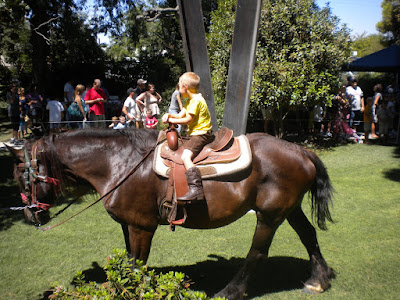 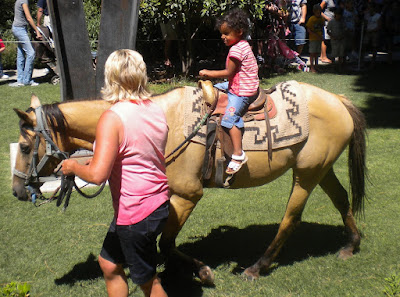 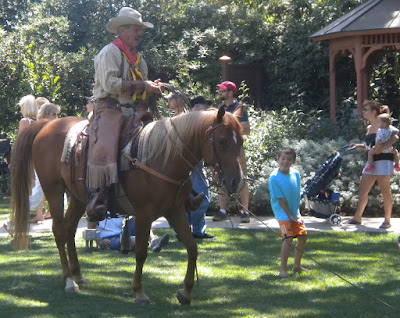 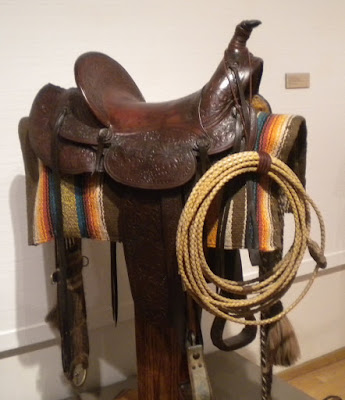 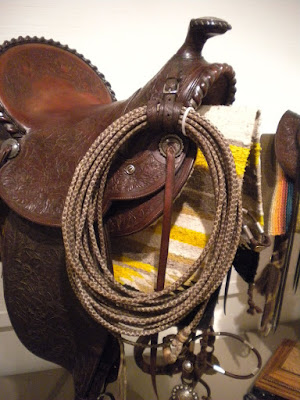 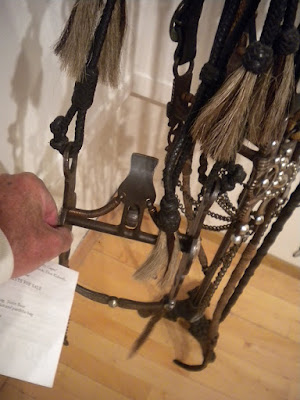 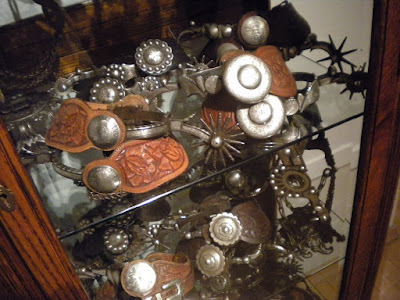