This bird dropped by over the weekend. We're still trying to figure out what it is. We think it might be a European Starling. 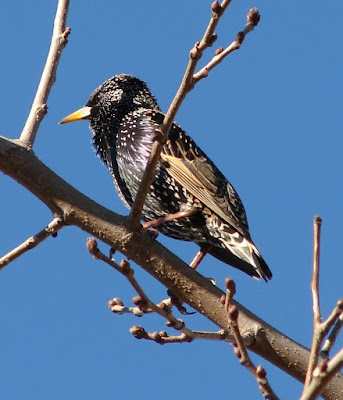 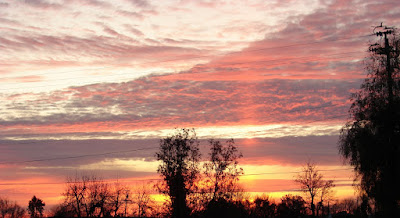 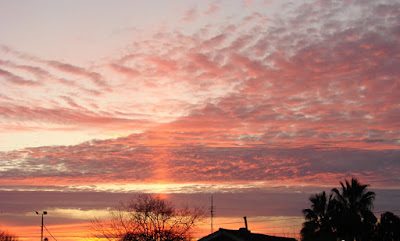 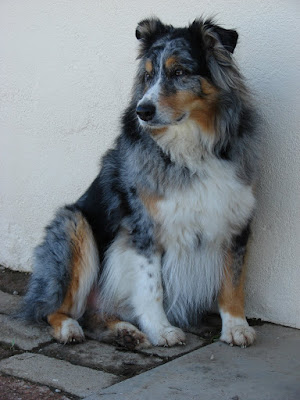 Sparky learning how to use the cat door 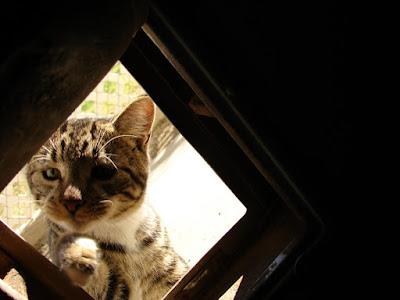 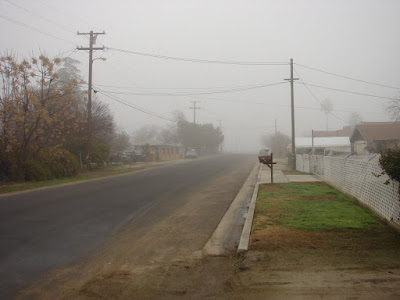 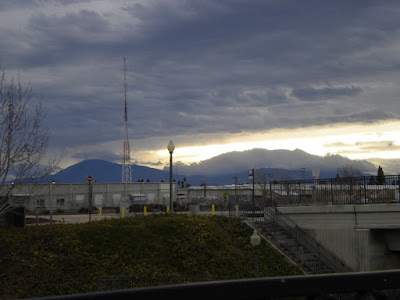 The rains came. My little rain gauge had well over 1" of water in it. The pens are flooded. Poor horses. We usually get less than 6" of rain a year. Getting 20% of that in 48 hours is quite unusual. The horses pack down their pens all year long then, when the rain comes, it just forms one big lake. And because the pens are a few inches lower than the surrounding ground, there's no place for the water to drain. More rain is predicted...
Posted by John Harrer at 1/20/2010 10:02:00 AM 3 comments: Links to this post

Recent rains soggy up the horses' pens. Here are some photos: 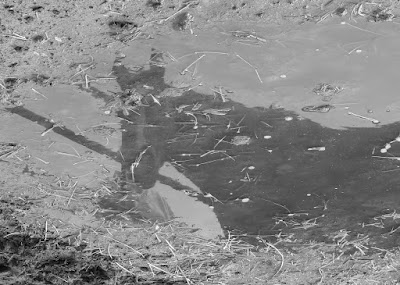 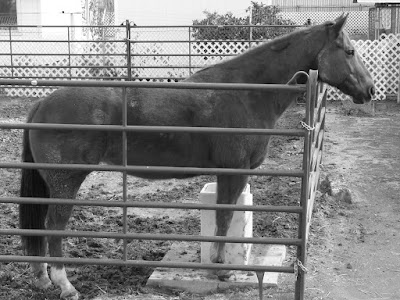 Dusty at the Feeder 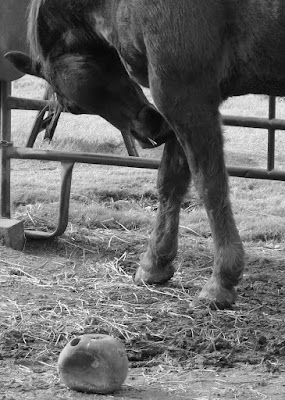 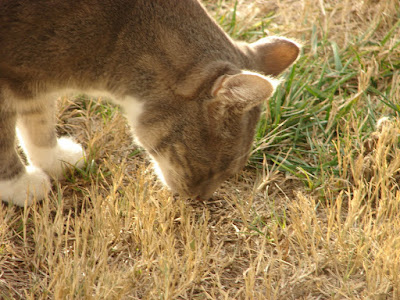 Jessie Peeking Through the Panels 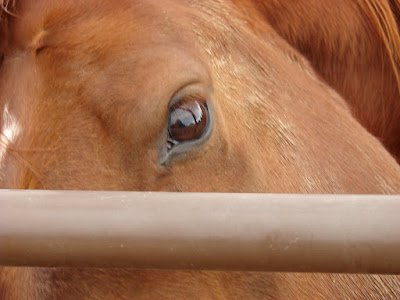 Not to bore you to death, but here are some of the things we'll do on a typical weekend trail ride from our house.

First Rides of the Year

We had some exciting rides to start the year. New Year's day the girls were busy so Jessie and I went out to the alfalfa field alone to putz around. I had in mind a few exercises I wanted to work on, mainly improving our stop, and, as it was a gray kind of day, just go for a quiet little ride.

When we got out to the field there was another horse and rider working on the far end of the field. His horse was quite spirited and Jessie picked up on the energy. As we were doing the "whoa" exercises it was easy to see I wasn't her first priority. She kept looking across the field at the other horse. When I intensified our exercises she kicked up. When I responded with more energy she "felt" like she was going to buck. She dropped her head and tried to straighten her body but I was able to quickly pull on one rein and yield her hindquarters. I really made her hustle her feet in both directions then stopped her.

We started our exercise again and she felt like a bundle of knots underneath me. I decide to get off and do some groundwork. When I started the LFR stage II she kicked up, reared, farted, and took off. I made her go back and forth several times always trying to do it as quietly as I could in the hopes she would slow down. After about 10 minutes she was in a lather. I was looking for a good place to stop, but I hadn't found one yet. I did some yielding of the hindquarters and some desensitizing, I even did some back up exercises. Each time I went back to LFR II she got all jacked up.

During a desensitizing session the girls called and said they were going to come out to meet me. Great. Maybe the company would calm her down. We worked for another ten minutes and I thought she was starting to calm down. Either that or she was running out of air - she had been working hard! I got back on her and she seemed a bit more relaxed. We walked around the alfalfa field trying to cool off. The other horse had left and her focus was back on me. The girls met up with us and we rode out for another hour or so. Our ride looped back around to the field, so before we headed home I wanted to get one quiet, little lope just to help my confidence. Jessie nicely obliged.

Saturday's ride was a bit more fun. Three of us rode out to the development and we loped around the big square doing a couple of different patterns. Jessie is much more comfortable riding in a group.

Sunday's ride was "planned" as a short, little quiet ride around the alfalfa field, down the canal and back. More to just get out for awhile. Our washer broke down early in the morning. We had to get another, install it, and it was a bit of a frustrating morning.

The canal that borders the field has a farm on the other side loaded with old equipment (looks like a parts warehouse for tractors and stuff). The house is far from the bank and we don't really know if anyone actually resides there. There are always a group of dogs on guard with the equipment. They will bark at us but won't cross the canal.

The last leg of our ride took us through this part of the canal. We heard the dogs barking as they came running from quite a distance. Much to our surprise the current group consisted of four pit bulls. It looked to us like a mother and three 6-8 month old adolescents. Now, we encounter dogs all the time. We usually just turn and face them, maybe yell in a deep voice and move toward them and they leave us alone. I used my deep voice with these dogs and they got MORE agitated. We tried to "shush" them away and they got MORE aggressive. Once I saw we were losing this battle of intimidation I directed Ranae to move off the bank and into the field. One of the little adolescents jumped into the canal, crossed it, and took up the chase (although were weren't running, just walking quietly away). The other three weren't about to miss out on the fun and they followed. For the next few minutes it was a standoff. We turned and faced the barking dogs and they stayed away, but in range. When we turned to leave, they gave chase. We turned back around and backed away for the dogs and this worked for about 25 or 30 feet, then they came back. On one attempt I turned to leave and could see one little tough coming up behind us and thought I would let Jessie take a swing at him. She did, but didn't connect, although it did create a bigger buffer zone between us and them. We staggered our retreat - one of going back at a time and were finally able to put enough distance between us and them that we could get away. The farther they got from home the less brave they were. The horses had both done great. They stayed calm and responsive. Looking back, I'm not sure I would let Jessie try to kick the dog again, but at the time I didn't see another solution. He was the most aggressive pup and the others were following him. We were having a hard time putting distance between us and the situation was escalating. We talked about strategies for handling the situation differently should it happen again and didn't really come up with anything worthwhile. The fact they were pit bulls seemed to change the equation. We did decide that one of us should have called 911 and at least had the sheriff on the way to help us out. Neither one of us thought about that at the time...

On a couple of other notes:

Ranae got accepted to the Ride With Best program and will be riding with Matt Sheridan at Equine Affaire, Pomona, on Sunday in the outdoor arena.

I received my contract from Equine Affaire and I'm scheduled to be Venue Manager in Building 9 Wednesday - Sunday. It is my first paying gig in the equine industry. WooHoo!
Posted by John Harrer at 1/08/2010 09:07:00 AM 2 comments: Links to this post